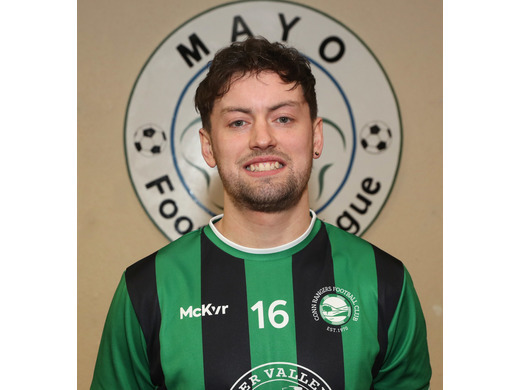 Castlebar Celtic set up a second-round clash with Ballyheane after a 3-1 win over Claremorris in Celtic Park. It could have been a different story as Stefan Hester denied Claremorris from the penalty spot in the first half as Celtic struggled to create any chances at the other end but they came out like a different team in the second-half and went in front after only five minutes through Jason Hunt. With twenty minutes remaining Celtic got a second as Luke Kelly converted after Hunt effort was parried into his path by the Claremorris keeper. Hunt then got his second of the day five minutes later to seal the win for Celtic even if Claremorris did pull a goal back through Joe Slevin who got on the end of a cross from Jason Murphy in the final ten minutes.

Ballyheane secured their passage into Round Two with a 2-0 win over Kiltimagh/Knock United at Pat Quigley Park. A goal in either half from Ben Edeh was more than enough for Ashley Stevenson’s side to set up a second-round tie against Castlebar Celtic in a few weeks’ time.

A strong second half performance form Ballina Town earned them a 5-2 win over Glenhest Rovers on Sunday morning as Benny Lavelle hit another hat-trick for Mark Beattie’s side. Lavelle gave them the lead from the penalty spot inside the opening fifteen minutes, but Glenhest then had a purple patch as they scored twice to take the lead with the first also coming from the spot through Levi Barrett. Ballina though equalised before the break thanks to Stephen Melvin and they went back in front on fifty six minutes as Lavelle got his second of the day. Jamie Moyles made it 4-2 with ten minutes remaining before level completed his hat-trick with his second spot kick of the day in the final few minutes.

Westport United recorded their second win at Green Road this season as they knocked Straide & Foxford United out of the Westaro Cup after a 3-1 win on Sunday afternoon. It looked like the sides were going to go in level at the break, but James O’Donnell broke the deadlock in the final minute of the half as his thunderous free kick from 25 yards flew past the Straide & Foxford United keeper. Dylan O’Malley doubled their lead on the hour mark as he got on the end of a cross from Patrick Moran to head the ball into the back of the net from eight yards. Harrison Quinn added a third with fifteen minutes remaining as he pounced on a mistake in the home sides defence to swivel in the box and fire the ball into the top right-hand corner of the net. Straide &Foxford got a consolation goal a minute later as Chris Downey tapped in a cross from six yards after some good work down the right wing. That was as good as it got for the home side and Westport seen out the game to seal a place in the semi-finals.

Two first half goals helped Manulla to a win over Ballyhaunis Town at Station Rise on Sunday afternoon. The first was an own goal by a Ballyhaunis defender and the second came from Tadgh McGinty after he reacted quickest after David McCracken’s original effort came back off the crossbar. Jack Livingstone did have to save a second half penalty from Ballyhaunis to secure the win for Aiden Dunleavy’s side.

Print Depot Tuohy Cup
Moy Villa ensured they would be in the semi-finals of the Tuohy Cup after a 2-1 win over Killala on Saturday evening. Moy Villa took the lead in the first half through Jason Murray who headed home a right wing cross from Tony Loftus. Killala levelled almost immediately through a near post finish. The winning goal came late in the second half as Villa broke down the Killala defence with a flowing move ten minutes from time. Luke Ruane’s cross found Tony Loftus at the back post and he headed the ball back across the goal to find Ciaran Gaughan who made no mistake as he found the back of the net to put Villa into the semi-final draw.

Kiltimagh/Knock United B got their first win of the season, and they did so in empathic fashion with a 5-1 win over Fahy Rovers to set up a second-round clash with Conn Rangers in the Tuohy Cup. Liam McCormack hit a brace for the East Mayo side with the other goals coming from Rob O’Flaherty, Rafael Costa and David Smith.

Crossmolina also made it through to the semi-finals as they came from behind to secure a 3-1 win over Ballyglass at Michael Keaveney Park on Saturday evening. Crossmolina came close to opening the scoring in the opening five minutes as Naill Coggins raced clear on goal and rounded the keeper only to see his effort cleared off the line by a Ballyglass defender, The home side opened the deadlock on ten minutes as Scott Hamilton headed in a set piece, but the sides were level on the half hour mark as Shane McKinley finished calmly after been sent through on goal. Crossmolina continued to put the pressure on in the second half and they took the lead on seventy-three minutes as David O’Boyle header found the top left-hand corner of the net after he got on the end of a cross from the left wing. The away side made sure of the win with five minutes remaining as substitute Conal Carolan made an instant impact as he set up Niall Coggins to get their third goal with his first touch of the game.

Current Tuohy Cup holders Westport United B are also through to the semi finals after a 5-0 win over Swinford. A brace from Luke Dawson and goals from Pj Calvey, Aaron O’Toole and Conor Calvey see them move to one game of getting to another final.

Main Security Tonra Cup
Conn Rangers B made it three wins in a row as they got the better of Newport/Mulranny Wanderers for the second time in a few weeks with a 4-2 win in Mount Falcon. Kyle Neary gave them a lead inside the first fifteen minutes as he reacted quickest to find the back of the net after Aaron Faughnan’s shot from distance was parried into his path by the Newport/Mulranny keeper. The away side were level five minutes later as Martin Moran scored from a corner, but it was Rangers who dominated the rest of the first half as they scored twice more to lead 3-1 at the break. The first came from the penalty spot as Peter Naughton slotted home from twelve yards after Faughnan was taken down in the area on the half hour mark and their third of the day came courtesy of Conor Flynn who found the top right-hand corner of the net following good work by Naughton and Kyle Neary. Newport/Mulranny did pull a goal back through Jason O’Hara to make it a nervous end to the game for Rangers but in the final minutes they made sure they would be in the draw for the semi-finals as Faughnan was again taken down in the area and this time it was Conor Flynn who converted the spot kick.

Manulla B had a good 3-0 away win over Achill Rovers at Fr. O’Brien Park as they continued their excellent start to the season. Goals from Shea and Cian Benson and Peter Moran were more than enough for Damien Joyce’s side who got back to winning ways after their only defeat of the season so far came in their last game out against Ballinrobe Town.

Hollister were the third side into the hat for the semi final draw with a 3-1 win over Westport United C on Saturday evening. Two goals from Danny Langdon and a third from Martin Delaney sent Vinny Coen’s side into the next round.

The top two sides in League One met in the final Quarter final in the Tonra Cup as Ballinrobe Town ended Kilmore’s 100% start to the season with a 2-0 win in Drum. Kilmore started the game strongly, but it was Ballinrobe who took the lead on ten minutes when JP O’Gorman raced clear down the right wing and he took his time before picking out the run of Mossy Joyce who finished past Kian Gallagher from eight yards out. Kilmore had a chance to level matters just before the break when they were awarded a penalty for handball, but Justin Healy’s effort was saved by the excellent Sean Shaughnessy in the Ballinrobe goal. Kilmore came out with all guns blazing in the second half, but Shaughnessy was equal to a couple of efforts on goal before the away side got a second goal as Danny O’Toole broke clear inside the area to calmly finish past Kian Gallagher after he took what seemed like an age to pick his spot. Kilmore piled on the pressure for the final half an hour, but they had to wait until injury time to finally get on the scoresheet as Mark Gilbert pounced to put the ball into an empty net after a mix up in the away sides defence. Kilmore came close to levelling matters minutes later, but Ballinrobe held on to get a big win away from home to join Conn Rangers B, Hollister and Manulla B in the draw for the semi-finals.

Electric Skyline McDonnell Cup
Ballyheane B knocked out one of the favourites for the McDonnell Cup with an impressive 2-1 win over Claremorris B at Concannon Park. Ballyheane took the lead just before half-time through Robert Elhert, but Ian Costello equalised for the home side within minutes to send the sides in level at the break. The winning goal arrived on seventy-five minutes, and it went the way of the away side as Eddie Kiptinoue scored his first goal of the season for Walter Tuffy’s side.

Ballyvary Blue Bombers were the second side into the next round in the McDonnell cup on Saturday evening with a 3-1 win over Conn Rangers C. Goals from Mark Kilgallon from the penalty spot and strikes from Pat Lynch and Brian Sweeney secured the win for Alan Costello’s side.

Castlebar Celtic B had an emphatic win over Killala B to book their place in the next round on Sunday afternoon. Liam Nevin hit a brace in the first half and Michael Ahern was also on target to put Celtic in control at the break. They scored six in the second half as Nevin completed his hat-trick with the other goals coming from Liam King (2), Jack Mahon, Matthew Lydon and Peter Basquille.

Fahy Rovers B had a 2-1 win over Crossmolina B to set up a meeting with Partry Athletic in Round Two.