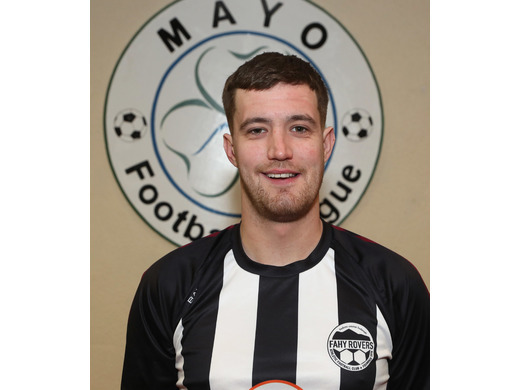 On Saturday evening Westport United moved back to the top of the Super League for a few hours with a 1-0 win over a much-improved Claremorris side at Concannon Park. The only goal of the game arrived in the thirty seventh minutes when Darren Browne powered a header into the top corner of the net after he got on the end of a cross from the right wing by Patrick Moran.

Ballina Town and Glenhest Rovers met for the second time in six days but on this occasion, there was nothing to separate the two sides as the match finished goalless in Belleek. The result leaves Ballina more or less out of the title race after seven games while Glenhest will be happy to have picked up an important point on the road as they moved above Straide & Foxford United and out of the relegation spots.

Jack O’Connor was the star of the show as Kiltimagh/Knock United moved up to third in the table with a 4-2 win over Straide & Foxford United. O’Coonor scored twice in the first half to give the away side the advantage at the break. His first arrived in the thirteenth minute and the second on thirty-five minutes with both goals coming thanks assists from Jack Mullarkey. The first was one was one of real beauty as Mullarkey found O’Connor with a precise through ball and without taking a touch O’Connor chipped the keeper from twenty-five yards. O’Connor then completed his hat-trick early in the second half before Mullarkey also got on the scoresheet with their fourth goal just three minutes later when he also chipped the keeper from thirty yards with a precise first-time effort. Straide & Foxford then hit back with two quick goals through Michael McGarry and Chris Downey. That was as good as it got for the home side though and Kiltimagh/Knock closed out the game to get their second win of the season.

Manulla kept themselves in the title race with an excellent 2-1 win over Castlebar Celtic at Celtic Park in the early kick-off on Sunday morning. They had to come from behind to claim the points as Jason Hunt had given Celtic a half-time lead. David McCracken hit both the goals for Manulla in a five-minute period midway through the second half as Aiden Dunleavy’s side got back to winning ways after two draws in their previous two league outings.

Ballyheane moved back to the top of the table, but they were made to work for the victory as they secured a 3 -1 win away against Ballyhaunis Town. The sides were level at the break with the only real chance falling to Ben Edeh late in the half, but he couldn’t direct his effort on target to break the deadlock. The away side needed a set piece to open the scoring when Dara Ludden found the net from the edge of the box and their second also came from a deadball situation as Jack Rochford slotted home a penalty to double Ballyheane’s lead. Nathan Reilly-Doyle added a third for Ashley Stevenson’s side late on before Andy Cunnane got a consolation goal for the home side as he found the net after been set up by debutant Dylan Lyons.

CastleCourt Hotel Premier Division
Conn Rangers opened up a five-point lead at the top of the Premier Division after a resounding 5-0 win over Westport United B in Mount Falcon. Aiden Gallagher and Sean Holmes gave them a two-goal lead at half-time and it quickly became three when Adam Gallagher struck shortly after the break. Rangers made a few changes after that an Moo Paw made a real impact of the bench by hitting the last two goals for Mark Togher’s side.

Crossmolina were held to a scoreless draw in their home encounter with Ballyglass in Abbeyview. The point leaves Crossmolina five points adrift of Conn Rangers at the top of the table but they do have a game in hand when they could cut the gap to two points.

A last-minute winner from Luke Ruane secured an important 4-3 win for Moy Villa against Swinford in Attymass. Swinford opened the scoring through James Devaney, but Ruane grabbed his first of a four-goal tally minutes later to level matters after he got on the end of a ball from Ciaran Gaughan to fire the ball to the roof of the net. Devaney scored his second of the day to put Swinford back in the lead but Villa levelled the contest again after Gaughan and Ruane combined yet again for the latter to round the keeper and make it 2-2 at half-time. Ruane grabbed his hat-trick shortly into the second half when Stephen Duffy’s corner kick found John Judge Jnr who flicked the ball towards goal where Ruane tapped it in to put his side in the lead for the first time. Swinford tied the contest for a third time when Adorn Biju made no mistake from the penalty spot and just when it looked like the sides would have to be happy with a point each Ciarán Gaughan picked the ball up in his own half a minute from time and played a one-two with John Judge Jnr and the former’s delivery found Ruane who fired home his fourth goal of the day to secure the win for his side.

Fahy Rovers recorded an important 2-0 win over an ever-improving Kiltimagh/Knock United B side in Fahy on Sunday morning. Simon Duffy gave Rovers the lead and they had to wait until the final few minutes to seal the points as Gary Concannon slotted home a penalty in the eighty-seventh minute.

Killeen Sports Ground League One
All four games in League One took place on Sunday afternoon and it was Kilmore who stretched their lead at the top of the table with a 4-0 win over Manulla B. The scoreline was a bit harsh on the away side who enjoyed most of the possession, but it was Kilmore who were more clinical in front of goal as they led 3-0 at the break. A brace from Ryan Ruddy and one from Colin Barrett had them in control at the break and Mark Gilbert added a fourth in the second half as he got on the end of a ball from Brian Keane.

Ballinrobe Town remained unbeaten this season, but they dropped two vital points as they were held to a 1-1 draw by Achill Rovers in Fr. O’Brien Park. Ballinrobe took the lead through winger Conor Ryan midway through the first half but a second half strike from Brandon McGing ensured Achill earned a share of the spoils.

Westport United C picked up their first point of the season at the fifth attempt as they earned a share of the spoils with a 2-2 draw against Conn Rangers B in United Park. Both Conn Rangers B goals came from Cormac Reape.

In the final game in this division Hollister also picked up their first point of the season with a 1-1 draw at home to Newport/Mulranny Wanderers.

McDonnell Construction League Two
Castlebar Celtic B had a resounding win over Fahy Rovers B on Saturday evening to move back to the top of League Two as Peter Basquille, Conor Joyce and Liam King all hit hat-tricks for Celtic. Matthew Lydon struck the other two goals as Celtic continued their dominant display in front of goal which has seen them hit twenty five goal in the last three games.

Partry Athletic dropped down to second place after Castlebar Celtic B’s win on Saturday evening and they were unable to take their chance to return to the top of the table as they were held to a 1-1 draw by Crossmolina B. Eoghan Lally gave Partry the lead but Ger Haran got the equaliser for Crossmolina with a well struck freekick in the second half.

Ballyheane B kept themselves in the race for promotion with a 3-0 win over Conn Rangers C on Saturday evening. Shea McTamney, Liam Morris and Darragh Moran got the goals as Ballyheane won their third game in a row.

Ballyvary Blue Bombers came from a goal down to earn a point against Killala B as the sides played out a 2-2 draw in the Courthouse. Michael Corrigan gave Killala the lead but goals from Fergal Larkin and Mark Kilgallon turned the game in Ballyvary’s favour before Michael Corrigan slotted home a penalty for the home side to secure a point for Killala.