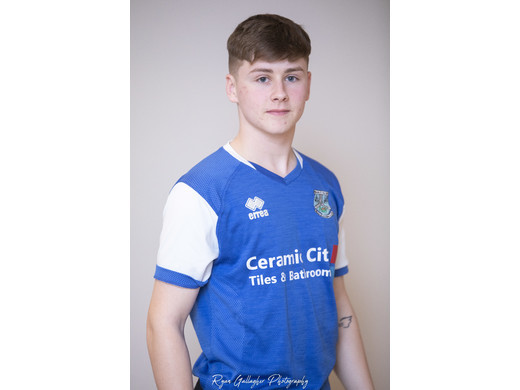 Conn Rangers continued their good start to the season with an excellent 4-0 win over Kiltimagh/Knock United at Mount Falcon. All the goals came in the second half as Mark Togher’s side continued to find the net with ease after scoring eight in their win over Straide & Foxford United on Thursday evening. Keelan Jordan opened the scoring in the early stages of the second half before three goals in fifteen minutes ended the challenge of the away side. Their second goal came from a header from Conor Flynn before Kyle Neary and Adam Gallagher added further goals to put a gloss on the scoreboard.

Castlebar Celtic put their opening day defeat to Manulla behind them with a 6-2 win over Straide & Foxford United at Celtic Park on Sunday afternoon. In a dominant first half they led 5-1 at the break as Luke Kelly hit a hat-trick and Eoghan Hughes and Dylan Howley also found the target for Barry McLoughlin’s side. Callum Lavelle added a sixth for Celtic in the second half while Dylan Connolly and Kienan Smyth were on target for Straide & Foxford United.

Ballyheane and Manulla had to settle for a share of the spoils in the big derby game at Pat Quigley Park on Sunday afternoon. Last year’s champions. Michael Fahy and Rory Morris scored Ballyheane goals in the first half while Aiden Dunleavy kept Manulla in the game with a penalty and it was the inform Dunleavy that scored the equaliser in the second half to earn the away side a point.

TF Royal Hotel & Theatre U21 Division Two
Ballina Town made it two wins from three with a convincing 6-1 win over their neighbours Conn Rangers B on Sunday morning. Ryan Moran was once again the main man for the Town as he hit his second hat-trick in just four days after he also scored three in their win over Glenhest Rovers on Thursday evening. Despite Rangers equalising early on through Jim Kelly it was Ballina that were the dominant side from then on. Also, on target for Ballina were Jofaif Tiambwe with a brace and Matthew Cowan.

Later in the afternoon Claremorris moved to the top of Division Two on their own after a 3-1 win over Ballinrobe Town at The Green. Both sides went into this game on maximum points, but it was the East Mayo side that took the three points with two goals in the final fifteen minutes. The opening goal of the game came just before half-time when Nathan Ring slotted home a penalty to get his first League goal. Ballinrobe hit back and levelled matters just after the hour mark through Rory Walsh but it was Claremorris who got the crucial third goal as star player Mark Maloney found the back of the net after some good work by James Morley. Maloney who had only come on as a substitute in the second half then added a third on eighty-four minute to seal the points for the away side who are one of the favourites to go straight back up to Division One.

Glenhest Rovers picked up their first win of the season as they came form behind to beat Swinford 2-1 at James McEvaddy Park. Swinford took the lead after only two minutes through Conor Devaney, but Ethan Barrett levelled matters ten minutes before the break. Cathal Breslin got the winner on seventy-five minutes as Chris Rowland’s side moved of the bottom of the table.

McDonnell Construction League Two
Crossmolina B have put last year’s disappointing season behind them as they have now picked up three wins already this year after a 2-0 win over Ballyglass B in Michael Keaveney Park. Two goals from Mark Rothwell secured the points for Anthony Timoney’s side as they prepared for next weekend’s McDonnell Cup match against Ballyheane B with a good win over Ballyglass B.