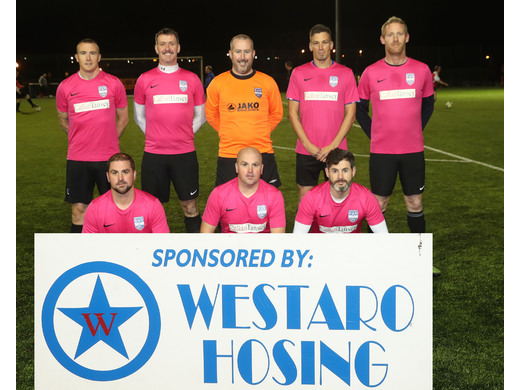 Westport United were pushed all the way by Division 2 side Ballyheane, but finally got over the line late on with a 2-1 win. Ballyheane defended brilliantly in the first half to keep things goalless at the break. United finally broke through midway in the second through a deflected Shaun Tagg effort but Ballyheane hit back instantly. Alan Dillon curled in a delightful ball from the left for Ashley Stevenson to head it past the United ‘keeper. Just when it appeared destined for extra-time, Sean Hoban broke Ballyheane hearts with a late winner and United will play Kiltimagh/Knock United in the semi-finals after they received a walkover against Swinford B.

Ballina Town completed the semi-final line-up with a 4-0 victory over Iorras Aontaithe, although the scoreline didn’t tell the full story. Iorras had a number of good chances in the first half but were denied by Kieran O’Malley. They were punished when Mark Beattie opened the scoring for Town and matters weren’t helped when Iorras saw a penalty saved late on the in the first half. A fine strike by Malachy McCarron doubled Town’s lead early in the second half. A wonder goal by Cormac O’Malley ended Iorras hopes before Mark Moyles added another late on.

Goal of the day: Cormac O’Malley’s screamer from distance for Ballina Town was the pick of the goals in the quarterfinals.

Goalkeeper of the day: Ballina Town had to withstand an early barrage from Iorras Aontaithe. Goalkeeper Kieran O’Malley played his part with a number of vital saves and kept a clean sheet in the process.