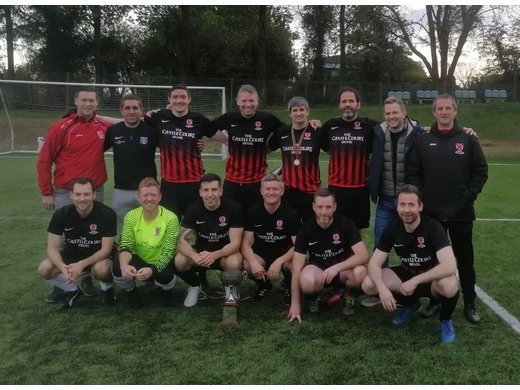 The win over their rivals, which came courtesy of a David Hoban double in the second half while the sides were locked level, means that Westport have laid claim to both Division 1 and the Cup this season – pipping Ballina Town to both. Ballina put in a massive effort but missed a few key players through injury with Steven Moyles, their top scorer in both League and Cup, and Mark Beattie both side-lined.

Westport were in control for much of this game and but for the efforts of Emmet Peyton, probably could have scored a few more. The Ballina keeper was excellent throughout and was called into action pretty much from the get-go. He was unlucky to miss out on the Man of the Match award which was given to Joe Lawless for his efforts in attack and defence for the Coveys.

Peyton denied David Hoban’s effort early doors and then prevented Kevin Joyce from scoring on the rebound with a brilliant point blank save. With over 10 minutes played, Westport took the lead through an own goal. A James Gill ball across the face of goal was turned in by Ballina’s Eugene Gorman.

Gorman made up for this; however, he teed up Malachy McCarron for the equaliser a few minutes before the break to give a half time score of 1-1. Peyton was called into action again early in the second half when he denied Lawless a goal. There was little the Ballina keeper could do however, when with 14 minutes played in the half, he stopped James Gill’s shot but couldn’t deny David Hoban on the follow up rebound. Hoban put the icing on the cake from the penalty spot in the final minute of the match. He was taken down by the defender and coolly put away his spot kick.

The referee on the night was Damien McGrath, assisted ably by Tom Jennings and Ann Sweeney. 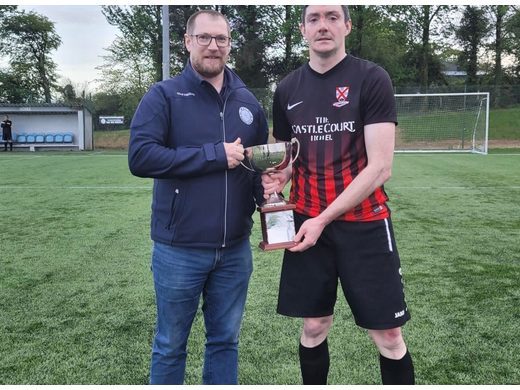