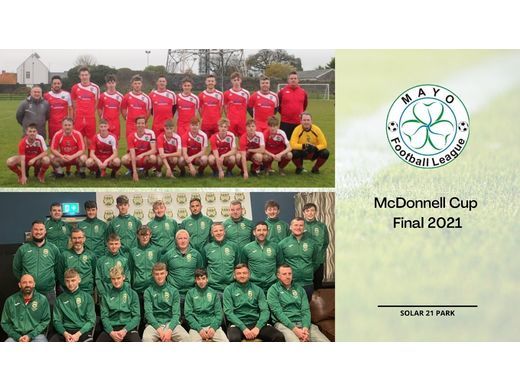 Ballinrobe Town will be the favourites going into the game having finished fourteen points ahead of Celtic B in the league but when you look closer at the results between the two sides the winner gets much harder to call. Celtic have already beaten their final opponents twice this season in the Calor Gas Cup and the league while Ballinrobe did get the better of Stephen Moran’s side in their last league meeting but that was only by the odd goal in five as the Town won 3-2. Ballinrobe first season back in Mayo League football has already been successful having won promotion to League One and a cup final success on Sunday would put the icing on the cake for the South Mayo side. They are a side with some real quality in attack and having scored an average of five goals a game in the league they will be hard to stop on Sunday. Jp O’Gorman is back in the Town’s colours this season and the evergreen striker rolled back the years as he has scored twenty-four goals in all competitions. Connor Ryan and Jonathon Lawrence have also contributed in the goalscoring charts with over twenty goals between them and Celtic will need to nullify the threat of these three if they are to have any chance of winning on Sunday. Celtic B are probably a little disappointed with how their season ended having lost five of their last seven league games after been in contention for promotion earlier in the season. If they have a full squad available, they will have every chance of causing an upset especially if the likes of Bryan Mannion and Nicky Canning are in the starting eleven. Kevin Quinn is their top scorer with twelve goals to his name and his brother Alan is also a tricky operator on the right wing. They are the only League Two side to have beaten Westport United C as they got past them in the semi-final so they have shown they can be a match for anyone in the division on their day. All in all, we should be set for another exciting cup final this weekend as both sides look to end the season by adding the McDonnell Cup to their trophy cabinet.