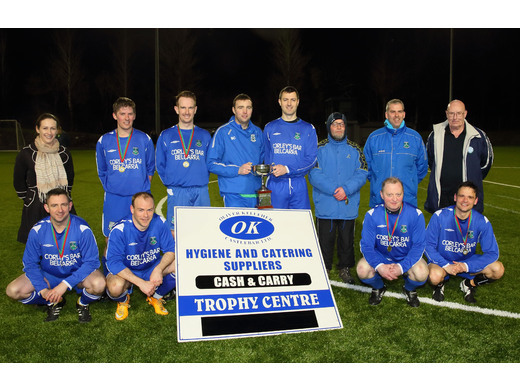 Manulla made up for last season’s final defeat against Kiltimagh/Knock United with a tight and tense victory over Conn Rangers after extra-time to secure the Mayo Masters double.

Two goals Des Campbell looked to have Manulla on course for a routine win with ten minutes left before Shane Sweeney and Trevor Warde pulled the north Mayo side back into contention and sent the game to extra-time where James Cunningham secured the cup for his side.

Manulla started the game much the brighter as Campbell sent a free just over before Cunningham headed across the face of goal and past the far post. Roger Clarke also hit the crossbar after 10 minutes as the division one champions looked to put away their opponents early.

Campbell eventually opened the scoring after Dermot McNicholas powered into the box and was fouled. Campbell stood over the spot kick and duly dispatched it to the net.

Manulla continued to dominate after opening the scoring as Conn Rangers were held to long range attempts on goal which never troubled Barry Cuffe in the Manulla goal.

Lars Alworthy was unlucky to not double the score after a neat one-two with Campbell. The midfielder blasted towards goal from the edge of the box but saw the ball drift wide.

Rangers came at their more illustrious opponents in the second-half as Manulla began to sit back and attempt to defend their lead. Trevor Warde and Liam McHale were unlucky to not put Rangers back on level terms with shots going inches past the woodwork.

Despite their early dominance, Rangers found themselves two down with 11 minutes left to play as Manulla caught them on the break.

A long ball forward found Campbell on the edge of the box and after turning inside his marker his shot deflected off Aiden McLoughlin and past John Gallagher in the Rangers goal.

That looked to be game, set and match for Manulla but the North Mayo side had other ideas.

An almost instant reply from a Shane Sweeney shot left just the one goal between the sides again with nine minutes on the clock.

Warde was unlucky to not level matters as his shot drifted just over the bar but with time almost up Rangers got their well deserved equaliser.

As Manulla fell further and further back to defend their lead Warde found himself on the right wing where he turned inside and sent a low shot past Cuffe and into the bottom corner to bring the game to an extra ten minutes.

Playing the better football and with the fillip of a late equaliser behind them it was hard to not see Rangers going on and getting the win.

Instead both teams entered the extra-time with caution before a loose ball in the Conn Rangers penalty area was not dealt with by Liam McHale and James Cunningham took advantage to slip a low ball past Gallagher off the far post.

That would prove to be the winner as, despite seeing Dermot McNicholas sent off for Manulla, Rangers could not get past the Manulla defence who defended excellently in the final minutes. 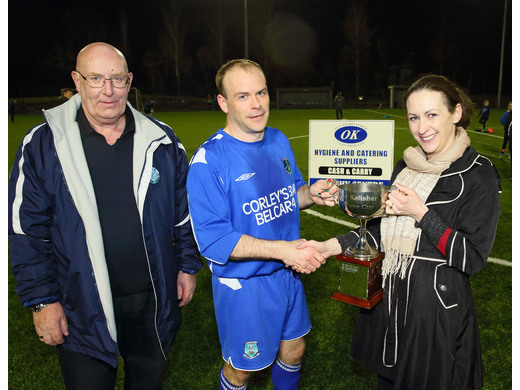