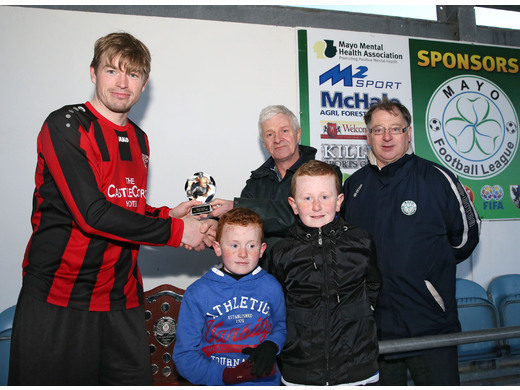 Man of the match - Dave Hoban

Ger O Boyle from Castlebar Celtic was the only other Connacht player involved. The Mayo League says well done to both players and good luck in the run up to the qualifying tournament!